Is Digital Altitude a Scam? – Insider Tells All

I had always wanted to learn about affiliate marketing before I even knew what it was called. I just wanted to have my own website and have it be prosperous. I came across Digital Altitude through an on-line infomercial. In this commercial, a stay at home mom (equipped with a baby on her lap) claimed that she had started an on-line business that grew rapidly and eventually this part-time enterprise set her financially free. Of course, it sounded too good to be true but there was just enough truth to it to make me curious. For one, there was a reputable host of the commercial. There was an NBC Newscaster taunting the reliability of the woman’s claims, having interviewed her and possibly seen the checks she told everyone she received. The clincher was the $1 entry fee and the money back guarantee that declared if you ventured any further, you wouldn’t be led into a deceit, a falsehood – a scam.

I did indeed venture further with Digital Altitude (DA) because I did enjoy the idea and taking affiliate marketing lessons (at first). I’ve taken physiology classes in college and some of what is taught at DA reminded me of my college days. I felt as if I was in a marketing 101 class where everything is simplified and reasoned so that anyone could understand the content. I’d sit for a few hours and quickly go through the courses always wanting to find out more, but at DA you can only advance as fast and as far as they would like. Lessons that were supposed to be given to me would periodically be locked and the only way I could access them was by speaking to my Coach or his Coach above him. I had a really nice Coach directly above me, but I never felt as if he knew any more than I did. I found that process frustrating because, there were times when he couldn’t get in touch with me and I didn’t have access to lessons when I wanted to review them. Plus, each time I spoke to my Coach, he would try to up-sell lessons to me. Up-selling is what they call the process of getting a customer buy a cheap product in the product line and then trying to sell them the much more expensive product. I repeatedly told him ‘no’ that I wasn’t interested in it because I was still trying to determine whether DA was real. I thought, ‘Why waste money on this if it can’t do what it claims?’ 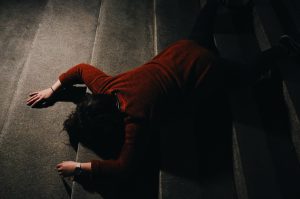 However, I was so irritated at being closed out of lessons, that I did eventually buy one of the up scale products. It cost me $2,976 for the privilege. Let’s just say, that is not a small chunk of change for me. In hindsight, I never should have done it. It was definitely a mistake. Yes, I regret it. It did, however, give me access to two sets of lessons in their series that quite frankly I was interested in. Unfortunately, the first day I started these lessons, I was immediately disappointed. Let me say that I’m an avid reader and I can always tell when the writer has grown tired of their own subject matter midway through their book. In this case, there was a tendency of repeating oneself. The writer may try to do this by over-working their Thesaurus, but if you read a lot, you can spot the need to fill a page with fluff and repetition a mile away. Plus, the lessons got shorter suddenly. So, now I’m reading and viewing videos that are repetitious and brief. Now, I’m really regretting my $3,000 +/- purchase. So, I think to myself, am I learning anything about affiliate marketing – yeah, but not directly from the lessons. The part I’m learning is the part I already know, quick talking salesmen suck! I’ll give them this credit, the quality of these lessons were well put together with very little substance.

Once I paid my 3k+/- I received a new Coach. She was a fast talking, slick sort who didn’t impress me at all within our first conversation. With the title “Coach” I thought I’d get a combination of educator/cheerleader, but instead I got a preoccupied, uninformative, lack-luster used car saleswoman, and I’m not even exaggerating, and no offense to car salespeople. I didn’t like her at all. She answered all my questions with a question.

Me: So, where can I see myself one year from now doing this program, Coach?

Me: What I mean is, what comes next in these courses? I’d like to manage my expectations.

Coach: Why did you come to DA? Wasn’t it to be set free financially? 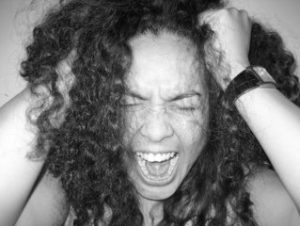 I thought to myself, ‘I paid all this money and you can’t even answer a simple question?’ There was a reason she couldn’t answer my questions and it was simple – unless I was willing to invest another considerable amount of money and encourage others to do the same, I wouldn’t have a future at Digital Altitude!

Unfortunately, after a few days of this, she and I ended up having an enormous fight over the phone when I told her that I wasn’t going to spend another dime at DA. She kept asking me why. I said because your big ticket item that costs $56,000 (YES!) is just a trip to Vegas. Don’t laugh, but that is the truth! I said to her that I’ve traveled all over the world and all those trips combined don’t add up to $56,000! She pretended that she didn’t and couldn’t comprehend what I was saying. She kept saying, “But, why did you come here to DA? Didn’t you come here for a better future?” I replied that in good conscience I couldn’t ask hard-working people to part with $56,000 for a trip to Vegas and that I just went there that year and didn’t want to go back because I’m not a gambler really and all I really wanted to do was to see the Grand Cannon.

I kid you not, the very next day she called me up and acted as if our conversation never happened. It took me a while to realize that she didn’t even know who I was. The way she was responding to me made me surmise that she had a little cheat sheet in front of her of all us newbies, recruits, trainees – fools and that she was just checking off a ‘to do’ list when we completed different tasks. I repeated to her my concerns again that next day to no avail. I felt like I was talking to a robot. These are the last words we spoke that day.

Me: I’m dropping out of DA! Thanks?

Coach: Okay, I’ll speak with you about that tomorrow. 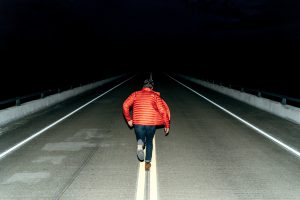 I felt like my Coach (the second one) was insane. I called up the main office and asked to be released from all and any connections with the Company. No one called me to see why I was dissatisfied. No one emailed me to try to get me back. I didn’t hear from anyone for four months, until I received an email from my original Coach. He stated in a text that Michael Force, the creator of Digital Altitude, had extended his money back guarantee for an additional three months and that he thought of me and asked if I still wanted to start my own business that could bring in $7k. By the way, he didn’t say bring in $7k per month, per day, per anything, just ‘bring in $7k.’

So, Is Digital Altitude a Scam?

Personally, I can’t say that it is a scam, technically. I mean, they do sell lessons in affiliate marketing. You will learn from them how to do certain things. You may even be set free financially, who knows. The thing that bothered me was the business model, particularly their way of acquiring income.

You must bring in 500+ leads per month. You pay a fee each month on the lessons you’ve already paid for as well. In other words, $3k for the lesson and then $116-$500 per month for the rights to sell the lessons to others. Also, you pay a fee each month for advertising to bring in leads to DA. DA does the rest. Their employees will contact your leads, sell them the lessons and up-sell the higher priced lessons offering coaching and training along the way, culminating in an expensive trip to Vegas. I didn’t like that business model. I wasn’t impressed with the product either. To me, the lessons were thinly wrapped garden variety marketing lessons. I even told my Coach, the second one, that I could just take marketing lessons at a local college for the money I’m spending. She pretended like she didn’t know what I was talking about. At least, I hope she was pretending.

If you don’t have a problem selling mediocre lessons and paying for advertising each month without being allowed choices, and being a part of someone else’s limited visioned business model – have at it. For me, I couldn’t see myself selling Digital Altitude because I couldn’t articulate what I was exactly selling and couldn’t in good conscience speak for its worth. Was it marketing lessons? Was it a $56,000 Vegas trip? Was it a franchise type business where there is an initial payment and everything is handed to you? All of this seemed scam-like to me or like a pyramid scheme.

I’m a simple woman. I like to know what I’m selling. I would like to grow my business based on facts that are clearly articulated and presented. I don’t like the idea of a company asking me to join them without giving me a proper amount of information on what I’m joining, but telling me that everything will be revealed when I simply pay, and pay, and pay, and pay, and pay.

When I left Digital Altitude, feeling utterly annoyed, I still wanted to learn about affiliate marketing more than ever. I went on-line and read an article similar to the one I’ve written here. In the article was a single link to Wealthy Affiliate. I joined Wealthy Affiliate for FREE and learned more in two weeks of free lessons about affiliate marketing than I did at Digital Altitude with three complete sets of lessons. At Wealthy Affiliate, no one ran after me trying to up-sell enormously expensive products! No one called me two-to-three days a week asking me to apply for credit in order to have enough money for their upscale products either like at DA. No one withheld lessons I’d already paid for until I spoke to a coach! No one treated me like I was just a means to their financial end! Instead, I received an email of what else was available to me at a discounted and realistic, fair price and only if I WANTED IT! I received a community of people who answered my questions and treated me with respect, not because I was giving them money but because they actually cared about my success as well as their own – image that?

There are plenty of people, who see the value in Digital Altitude and probably think I’m idealistic and certainly naive because there is money to be made there if people are willing to pay. I don’t disagree with that assessment, however, I was always told to pay attention to what you’re becoming in the process of acquiring wealth. What can I say, I think good character matters.